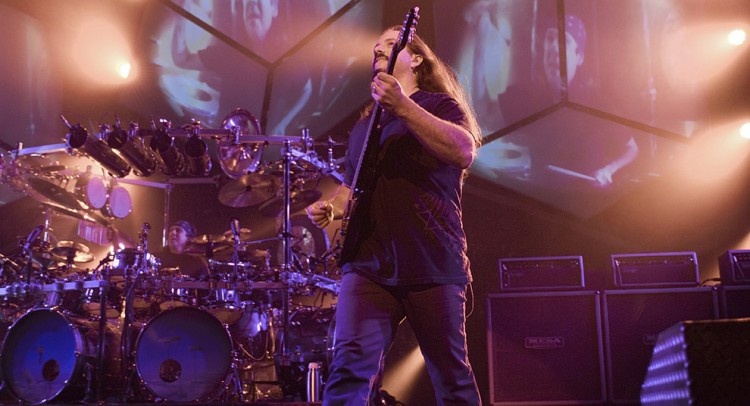 Dream Theater recently kicked off the U.S. leg of their tour in Mesa's backyard at the Warfield Theater in San Francisco, California in support of their new album A Dramatic Turn of Events. Mesa was invited to production rehearsals in Los Angeles where the show and final touches were assembled and rehearsed. John Petrucci's Mark V amp rigs were being finalized by his tech Matt "Maddi" Shieferstein and Maddi does a killer job of walking us through the signal routing of John's current rig in the video below.

John Petrucci kindly took time out of an extremely busy first day of the tour and provided some insight for us about his use of the Mesa/Boogie Mark V while recording A Dramatic Turn of Events as well as some inside secrets on the use of the Mark V in his live touring rig.

Check out John's live settings for his main Mark V amp at the start of this year's tour:

Be sure to catch Dream Theater's incredible 2 hour set in support of their epic new album.  Dream Theater Tour Dates