Soundgarden was spot on for their recent show at the Bill Graham Civic Auditorium in San Francisco, CA. It has been 15 years since they played in San Francisco but it was as if they hadn't missed a thing. Chris Cornell sounded amazing and was on fire all night. Matt Cameron reminded us how much harder he pounds the drums in SG than he does with Pearl Jam. Kim Thayil worked his meaty riffs and tone with a knowing smirk throughout the 20 song set. Ben Shepherd held it down low and steady. He and Matt are the anchor and gauge for how heavy Soundgarden sounds.

Mesa caught up with the guys during soundcheck. The vibe was light and all smiles from the band and crew. Kim and Ben were kind enough to give us some time for some photos and tone talk... 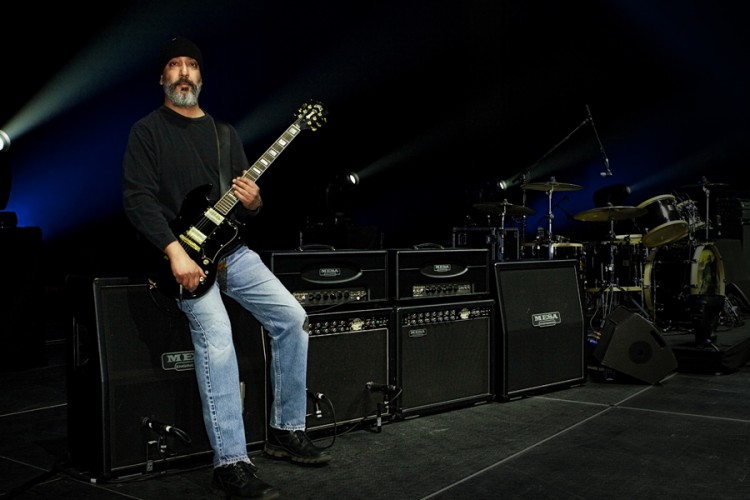 Kim Thayil's guitar tech, Josh Evans gave us a run down of Kim's Mesa/Boogie rig in the following video:

The Lehle switches the MXR Doubleshot Distortion and Boss NS-2 gate in/out of the signal path with one switch. The gate is used because there is too much gain with the MXR causing the guitar to squeal. Kim doesn't want a gate on his signal all the time because he does a lot of low-level, subtle techniques that would get lost with a gate.

The Radial Big Shot pedals are used to switch channels on the Tremoverb (via external switching jacks on rear panel) and to control on/off and speed of the Rotosphere. 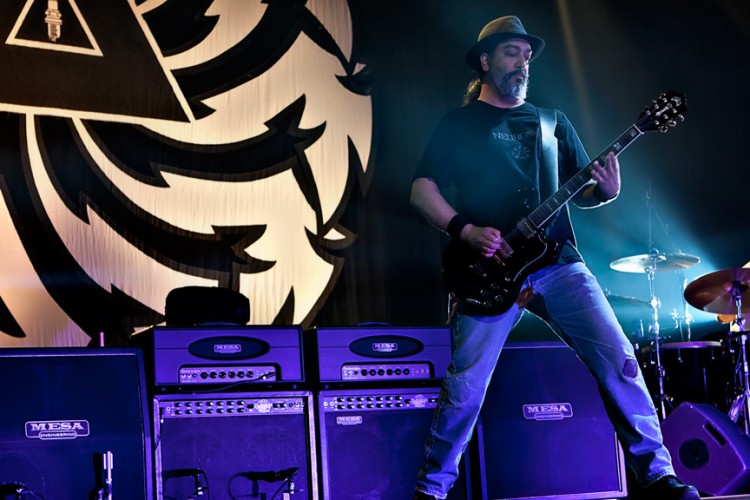 Here are Kim's current 'go to' settings on the ElectraDyne.

(Note the use of the LOW Gain mode of the ElectraDyne 2nd Channel with moderately low gain (volume) settings.  It doesn't necessarily take high gain settings to deliver amazing high gain sounds. Kim utilizes all of the Electradyne and Tremoverb modes in different configurations throughout the set to achieve the many distinct Soundgarden tones.) 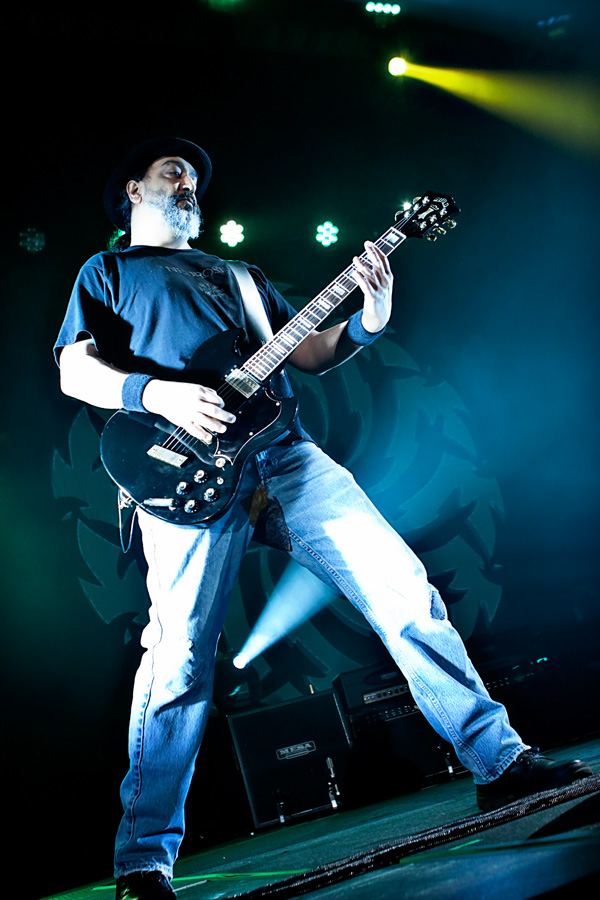 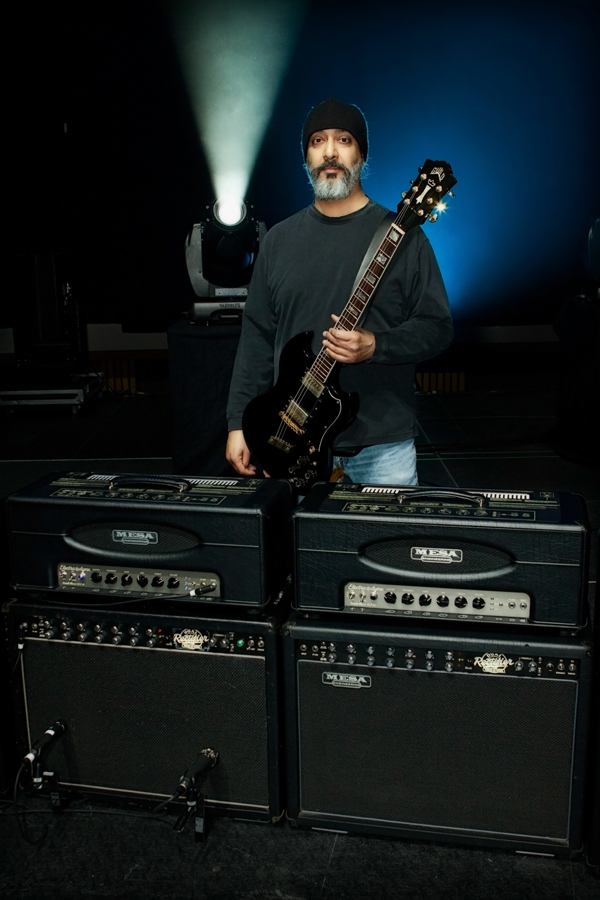 Kim Thayil and his MESA/Boogie rig on Soundgarden's 2011 Tour

Thanks to Kim Thayil and Soundgarden for the hospitality at this show and throughout the 2011 Soundgarden Tour.  Kim and Soundgarden have been iconic representatives of Mesa tone since their beginning and continue to deliver some of the best rock sounds in the history of the genre that they practically created.  We are proud to be a part of it!

Thanks to Josh Evans and Neil Hundt for their dedication and generous hospitatlity.